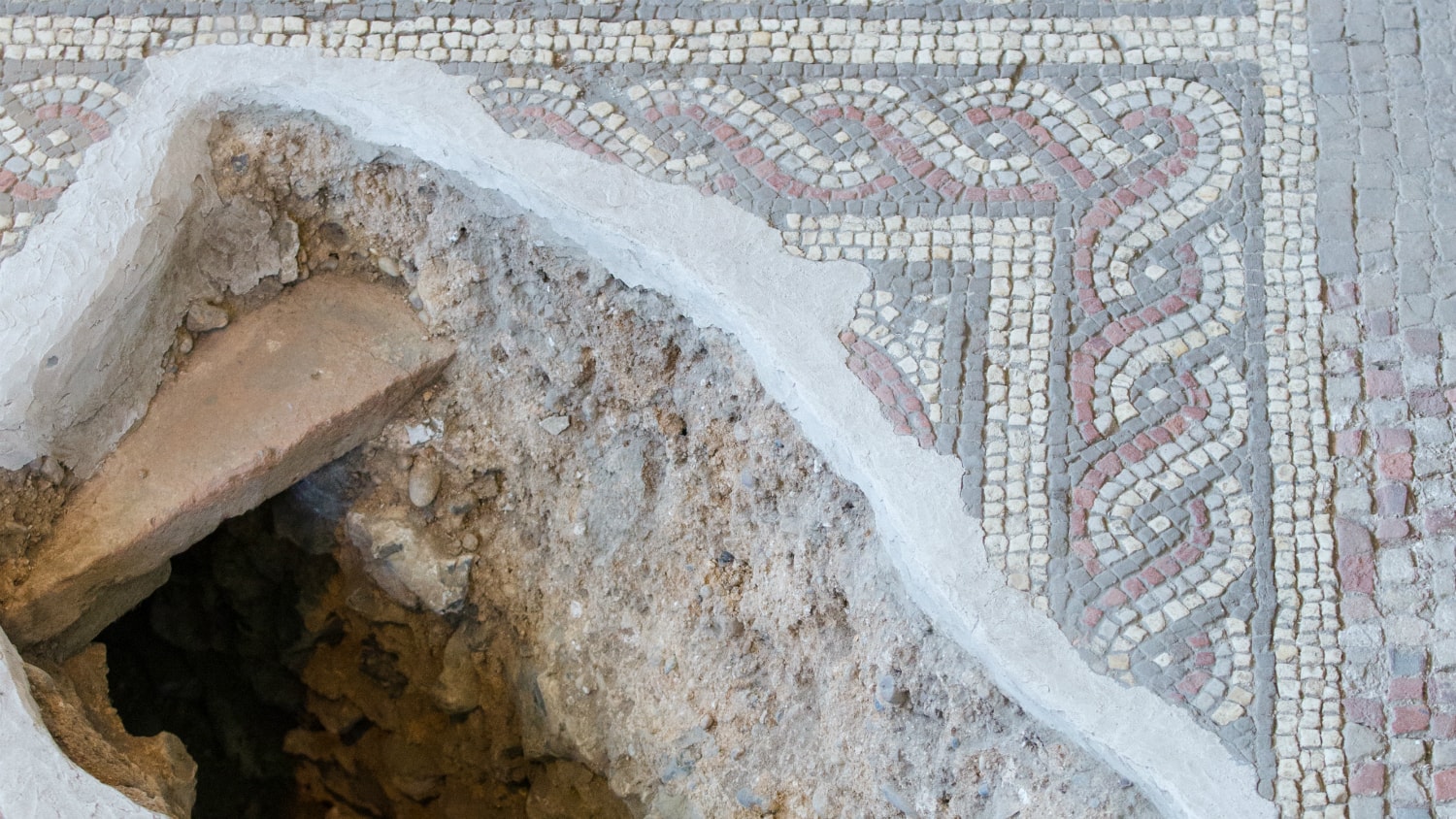 Please note the Hypocaust will be temporarily closed on Saturday 22 January 2022.

Sitting a short walk from the internationally recognised Verulamium Museum is the Hypocaust. Located within Verulamium Park, this ancient underfloor heating system is a marvel of Roman engineering and an excellent example of the first indoor heating systems installed in Britain.

Roman hypocaust systems allowed hot air to circulate beneath the floor and through the walls of buildings. Floors were raised on brick columns (pilae) or, as in this case, trenches were cut below the floor to allow the hot air through. The mosaic covering the hypocaust was made of tesserae (small cubes) of cut stone or tile. These were set into a thin layer of fine mortar which was spread over a concrete floor. The tesserae were grouted with mortar and polished with abrasive stones. The floor may have also been polished with beeswax to enhance the colours.

The floor is thought to have been part of the reception and meeting rooms of a large town house, built around AD 200 near Watling Street, the major Roman road that ran past Verulamium.

This 1800 year old hypocaust was uncovered during excavations in Verulamium Park in the 1930s by Sir Mortimer & Tessa Wheeler. It was decided that it would be best to leave both the mosaic and hypocaust in their original Roman location rather than risk moving them.

Today, the Hypocaust is housed within a sleek modern building and is free to visitors. 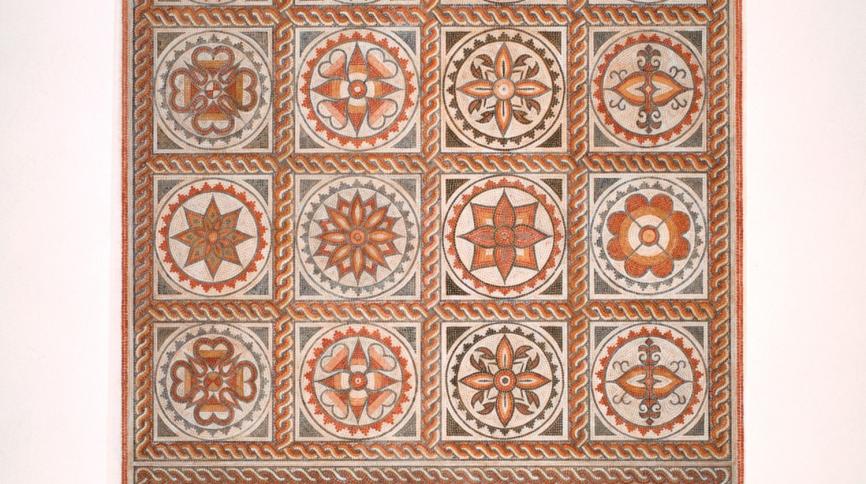 The hypocaust is a short distance away from Verulamium Museum and is reached via paths from the Verulamium Museum car park and across a section of the park. Some of the paths can become muddy at times and there is an incline up to the hypocaust building itself. The glass doors are heavy and open manually outwards, there is a walkway around the mosaic, with 4 steps at one side and a slope on the other. There are no toilet facilities.

More details can be found on the AccessAble website here.

The museum is a short drive from St Albans Town Centre, accessible via St Michael's Street or off Bluehouse Hill (the A4147).

Please note: at weekends or on sunny days, the car park can get busy.
There is a pay and display NCP car park in front of Verulamium Museum which has 150 spaces, including 7 disabled bays and 2 coach spaces and is open 24 hours.

The 300 and 301 Stevenage to Hemel Hempstead bus service runs between St Albans City station, St Peter's Street in the town centre and St Michael's Church near the museum. More information can be found at Intalink.