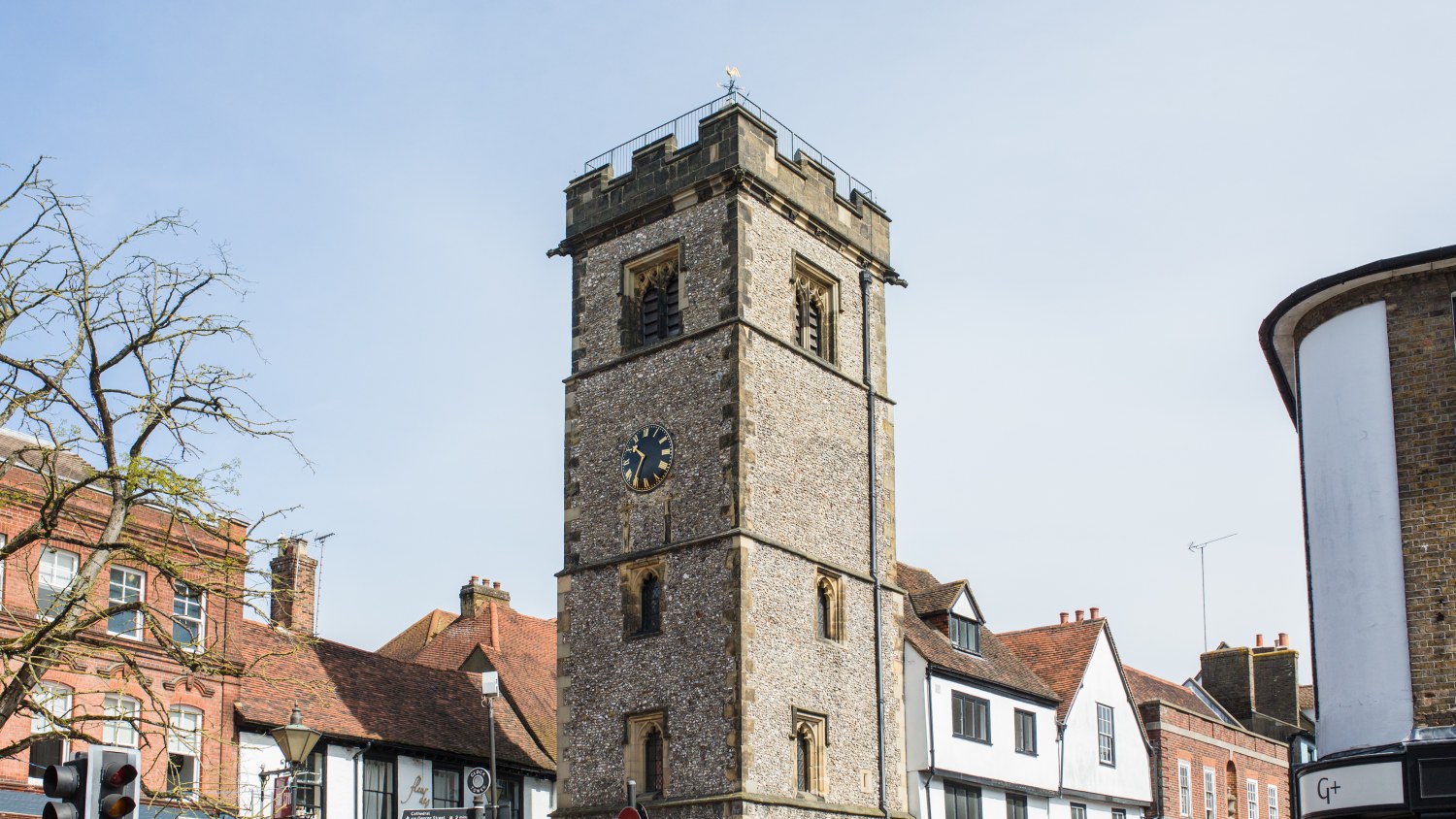 In response to the coronavirus outbreak, St Albans Museum + Gallery, Verulamium Museum, the Hypocaust and the medieval Clock Tower will be closed to the public from 5pm on Friday 20 March.

A symbol of civic pride

St Albans' Clock Tower is the only surviving medieval town belfry in England and is designated as a Scheduled Ancient Monument. The people of St Albans built the tower, which was completed by 1405 as a symbol of their resistance against the power of the abbot of St Albans. The Tower allowed the town to sound its own hours and, until 1863, the curfew.

The Clock Tower's bell rang out for the first Battle of St Albans during the Wars of the Roses in 1455.

Today, the tower - and its 600 year old bell - still stands face to face with the abbey's tower and provides fantastic views across over St Albans and far into the Hertfordshire countryside.

A paper by F G Kitton on the origin and history of the Clock Tower is available from The St Albans and Hertfordshire Architectural & Archaeological Society's website.

Virtual Tour of the Clock Tower

In response to the coronavirus outbreak, St Albans Museum + Gallery, Verulamium Museum, the Hypocaust and the medieval Clock Tower will be closed to the public from 5pm on Friday 20 March.

Generally from Easter to the end of September.
Saturday, Sunday and Bank Holiday Mondays: 10.30am - 5pm (last admission 4.45pm)

The Clock Tower may occasionally need to close unexpectedly due to adverse weather conditions.

Opened by volunteers from the Civic Society and SAHAAS (The St Albans and Hertfordshire Architectural & Archaeological Society).
View a virtual tour to the Clock Tower via this video.

Admission to the Clock Tower:

Unfortunately the Clock Tower is not wheelchair or buggy accessible and not suitable for those who experience claustrophobia. The climb up to the top is via 93 very narrow and steep steps. For more details please visit the DisabledGo website.

View a virtual tour of the Clock Tower via this video.

If you are interested in a group visit of the Clock Tower outside the normal opening hours, contact museumbookings@stalbans.gov.uk.

The Clock Tower is located in the the town centre, near St Albans Museum + Gallery, the market place and a short walk from St Albans Cathedral.

It is only a 20 minute train ride from London St Pancras International Station. For train times and booking, please visit National Rail Enquiries.

Pay-and-display public car parks are signposted throughout the town centre and they are only a short walk away from the Clock Tower.