Before the war, Britain imported two thirds of its food - including half of the country's meat and most of its cheese, sugar, fruit and wheat. During the war, German U-boats were trying to sink Britain's supply ships. As a result, fewer supplies were getting delivered.

The government was worried that food would become harder to buy, so rationing was introduced to ensure that everyone got their fair share of essential foods. 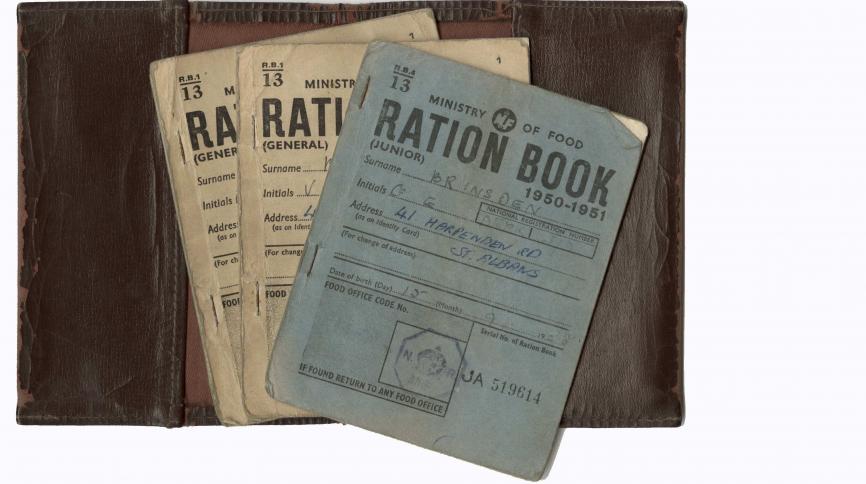 Every householder had to fill in a form giving details of the people who lived in their house. The government used this information to issue everyone with a ration book. Adults had beige coloured ration books and children had green ones.

Inside were 52 coupons, one for each item that was being rationed. You had to register with certain shops where you would go to collect your rations, like a butchers and a grocers. The government made sure these shops had enough supplies for everyone registered with them.

The government wanted people to stay healthy during rationing. To persuade people to eat more vegetables, they created cartoon characters such as Dr Carrot and Potato Pete.

Potatoes could be used in lots of ways; in pies, soups and even cakes! They could be mashed, boiled or roasted but you could not make chips, this used up too much of your fat ration.

A radio programme “Kitchen Front” was on at 8am every morning and lasted five minutes. Advice was given to housewives as to how to stretch out their rations and use new foods such as tripe.

People were encouraged to dig up their lawns and grow extra food. People grew food on top of Anderson shelters, in window boxes and alongside their paths. Allotments played a big part in keeping people fed.

Football teams shared pitches so that many of them could be planted on and local councils ploughed up parkland. St Albans Business Ryders Seeds were able to provide vegetable seeds in the post for many people across the country.

Activity: How much food do you get?

Although VE day in May 1945 meant the end of the war with Germany, it was some time before rationing could be stopped.

Use this Ministry of Food guide below to work out how much food you would have been entitled to depending on your age. 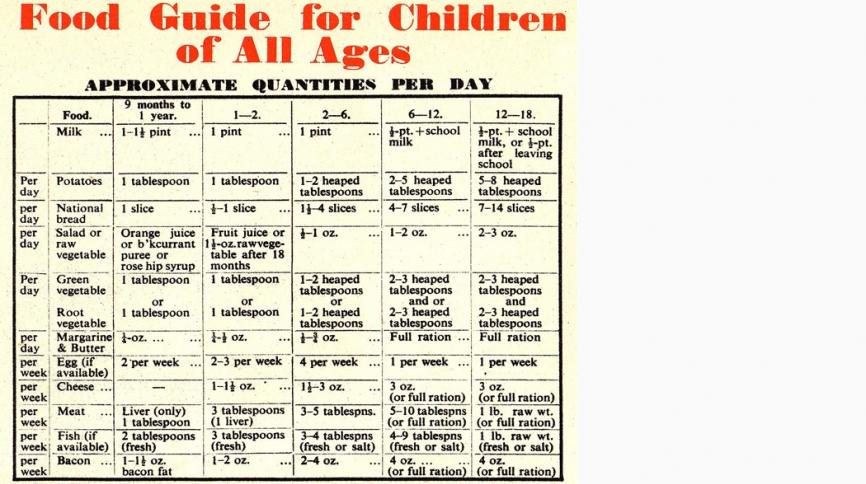