Mayor of St Albans during the 1920s, Edgar Wigram was also a skilled architect and painter.

This exhibition explores Edgar Wigram’s love of travel, presenting his explorations of Europe, North Africa and the Middle East.

From wild Welsh landscapes to archaeological remains further afield, Wigram’s wanderings by bicycle in the early 1900s took him from Venice to the Rhine and from the Alhambra to Aleppo.

With Wigram as a good humoured guide explore a world before mass tourism had taken hold. 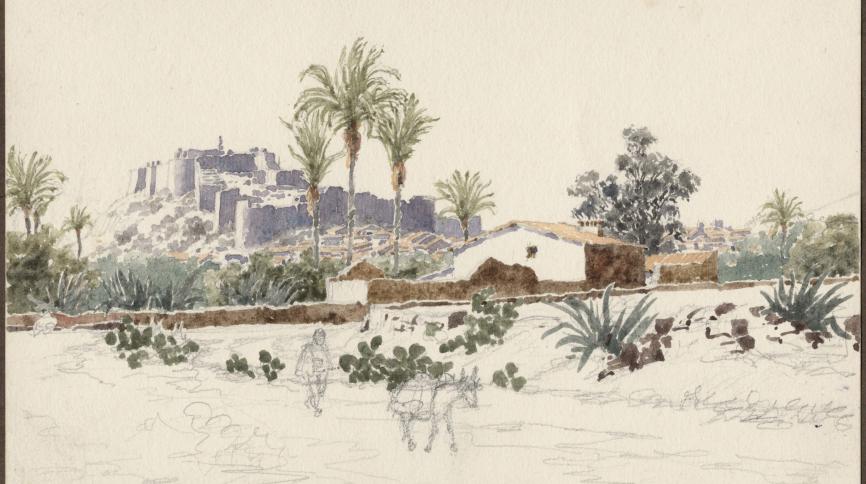 The paintings in our collection include towns and rural scenes across Britain, France, Germany, Belgium, Switzerland, Greece, Italy and Spain. He was a great traveller and encouraged his readers to travel too:

“Year after year our horde of pleasure-seekers are marshalled by companies for the invasion of Europe: yet it would seem that there are but few in the total who have any real inkling of how to play the game. Some seem to migrate by instinct, and to make themselves miserable in the process...Others can indeed relish a flitting; but cannot find it in their hearts to divorce themselves from their dinner-table and their toilet-battery, their newspaper, their small-talk and their golf… But, to the elect, the very root of the pleasure of travel lies in the fact that their ordinary habits may be frankly laid aside.”

Edgar Wigram was Mayor of St Albans in 1926 and 1927 and left his mark by designing our city War Memorial by St Peter’s Church. The Memorial was carved by Charles Alderton and was unveiled on the 21 May 1921. There is a local story that Wigram placed a written account of the history of St Albans during the First World War inside the memorial itself.

Wigram was also Vice-President and then Director of the St Albans and Hertfordshire Architectural and Archaeological Society (SAHAAS). He gave several talks to the society and wrote papers for its journal Transactions.

At his death, the society reported how he had contributed to the group’s revival after it struggle to keep going during the First World War:

He aroused a new interest in our work, sparing no effort to that end. Those of us who were present at any of the fourteen lectures he delivered to the Society cannot fail to recall them with much pleasure. 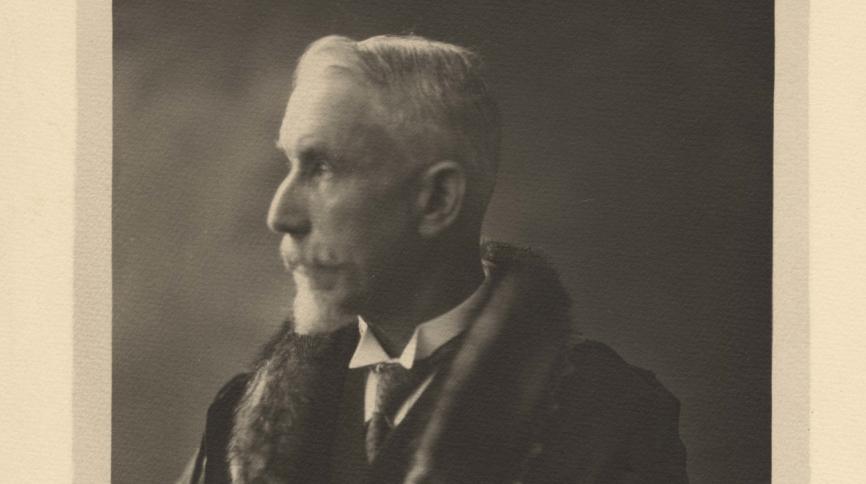